First published in the March 24 print issue of the Pasadena Outlook.

As fate would have it, I am the maestro of March. I love the way the wild grasses spill into the hiking trails, like lousy toupees. I love the fields of yellow mustard.
I love L.A. in March — the kids in baseball uniforms, with eye black on their cheeks, the make-up of raccoons and Victorian actresses, little half-moons of black grease. I love that more than moonglow, more than Robert Plant, more than all the movies ever made.
I love how, at age 7, the ballplayers wear their pants up around their armpits. I love what the sun does to their cheeks, finds the freckles, pinks the tips of their ears.
Look, I love the suburbs. I love them, I hate them, I love them some more. So, mostly I love them.
Dear suburbs, let me count the ways …
Obviously, lots about American life sucks right now. Everyone is in fight mode. There are pandemics, then wars, then William Hurt dies.
Meanwhile, my former boss, the Los Angeles Times, no longer prints a separate Sports or Food section. Corey Seager is now playing for Texas. Poor Kanye West went a little cuckoo.
Will bad stuff ever stop? In my experience, life never stops. So, you look extra hard for the grace notes, the rhyming couplets, the next funny quip out of Charles Barkley’s mouth.
You bask in March, troubled as it is. Troubled as it’s always been.
As Esquire recently pointed out, March is historically an ornery month. Caesar died in March. Lindbergh’s baby was kidnapped. March is named after Mars, the god of war. No surprise, the Cossacks are on the move again.
Look, I seek shelter wherever I can find it: In words, in song, in ballgames on the green.
Starting this week, I am back writing a column. Feels right. Glad to be back in print. As I once described newspapers (a tad dramatically): “The soft thud of democracy landing on your doorstep.”
A little bit about me: I’m a Scorpio. I like Stephen Bishop, Jonathan Franzen and long walks on the beach. My favorite chef is Trader Joe. I was once engaged to the actress Angie Dickinson. In honor of Willie Mays, I chew every bite of steak 24 times. Like Voltaire, I’m a deist.
On my SATs, I scored a 2 on the English portion, yet nailed the math (780). Naturally, I became a writer.
For 25 years, I penned sports, travel and feature columns for the Los Angeles Times. Some readers used to find them funny, though I was totally serious the entire time.
Whatever.
Obviously, I’m more than just another pretty face, or the guy with a poo bag walking a big dog down the boulevard. I’m you, I’m me, I’m the sum total of an entire life spent in the American suburbs. Gawd help us all.
And starting today, I’m back.
For three decades I mined L.A., America’s most-suburban city, for the Times. I tried to reveal parenthood’s poignant moments, the half-truths, the mayhem, the magic.
Along the way, I’ve coached every kind of team — some awful, some pretty good. The father of four, I’ve attended all the 6th-grade plays, lingered too long at school open houses, ordered 10,000 boxes of Thin Mints.
Throwing batting practice, I’ve taken line drives to the forehead and the cha-chas. Ouch.
Fleeting, though, isn’t it? So rich, so temporary. I realized early on that fatherhood was flying by — as do all life’s best moments.
One day, the kids are in 2nd grade, the next day 5th. Before you know it, they’re licking their lips as they fill out their college aps. For a small fortune, you send them away.
Go! Here’s a hundred grand. Just go already. College tuition has become like the dowries paid by 19th century industrialists.
When I was a kid, my goals were simple: I wanted to marry Dolly Parton. I wanted to fly fighter jets. I wanted to win the Nobel Prize for comedy.
All the usual stuff.
As it turned out, I am a man of bold public failures. When I crash, I burn. I mean, you should see the triple-decker sandwiches I make my kid. Crooked, like the Alps. Our family motto: “If it’s worth doing, it’s worth overdoing.”
And starting today, I am here for you — sometimes funny, occasionally serious. If I’m ever insightful, I assure you it was quite by accident.
Thud. Here it comes. More democracy. And a little mirth.
This isn’t just anywhere, you know.

Email the columnist at Letters@ChrisErskineLA.com. For past columns, books, and for info on his free hiking club, please visit his website, https://chriserskinela.com/ Follow him on Twitter @erskinetimes 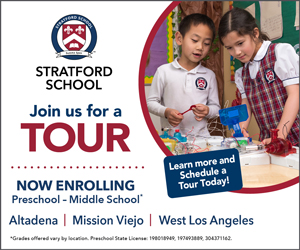