The name Harambee translates to “Let’s get together and push” in Swahili. This mantra has been the driving force in Harambee Ministries’ mission to give back and prop up the youth of the Northwest Pasadena community.

In the late 1970s and the early 1980s, the area where the ministry is currently located used to have the reputation of being the deadliest area in Pasadena. Nicknamed “Blood Corner,” that same stretch of land is now home to an institution that gives the youth in the area the opportunity and experiences to grow and succeed in life.

Harambee Ministries was founded in 1982 by John Perkins, a minister and best-selling author who has opened institutions similar to Harambee in other parts of the nation. His methods and teachings, based on the Christian faith, have had a far reach. The alumni network of Harambee stretches far and wide, from Princeton graduates to entertainers to healthcare and medical professionals.

For nearly 40 years, Harambee has been a place for local youth to learn and develop into bright young adults. The ministry has been home to many after-school programs, preschools, and creative initiatives such as art, theatre and music.

At the onset of the COVID-19 pandemic, institutions all over the world had to adapt the way they operated in order to safely serve their communities. Harambee was no different.

“Like most institutions and organizations, we had to learn how to adapt very quickly to working online,” Harambee Executive Director Albert Tate said. “We were having acting classes on Zoom and drumming classes on Zoom. It impacted us significantly but it also helped us develop some new skill sets that we were really excited to take into this next year.”

Harambee was not only able to survive the past year, but even able to execute a full theatre production, completely on Zoom.

But in order to improve their impact, better technology was needed.

The agenda and mission of Harambee was quite appealing to senior executives at Post Alarm Systems. They believed it was important for places like Harambee to be as well-equipped as possible to handle the current needs of young people.

“Learning basic typing was probably the most important thing I learned in high school,” Rob Post said. “Everything is internet-based now. It is extremely important for the kids to get on the internet and learn.”

Tate and Post had partnered to help other nonprofit organizations in the past. When the opportunity came for Post to assist Harambee, both sides were eager to create something that would be of great benefit to the community.

“We thought it was very important for the place which is a home for many young people after school to be a safe space,” Tate said. “Post Alarm Systems is synonymous with safe spaces.”

Post Alarm Systems donated computers to the ministry, as well as a new security system. The security uses new smart cameras that have the ability to contact law enforcement if any suspicious people are seen on the premises.

The computers will allow the staff to more efficiently conduct their work, and also permit the children to learn computer and internet skills which are vital in the current working world.

“It’s always about what the needs of the times are, and now the needs have changed,” said Tina Williams, Harambee’s director of community relations. “We’ve had to adapt to what the community looks like now and what their needs are now.”

Harambee looks forward to conducting its operations similarly to how it was pre-pandemic. However, Tate and Williams think it is naive that everything will smoothly go back to as it was prior to March 2020.

“Although the pandemic may transition on, the impact of it will be felt for a couple of years,” Tate said. “I think they will feel it in the classroom and academics and the trauma of if. If we felt anxiety and stress during this time, surely our kids did as well.”

The ministry plans to reopen its church services in-person in August and hopes to welcome back in-person after-school activities at the start of the new school year. Harambee’s senior personnel hopes that the new skills learned in the pandemic age combined with their skills from the past will create an environment that will be of great help to the area’s youth.

“We won’t let anything get in the way of our mission; we’re going to fulfill it,” Tate said. “We’re going to pursue it and with creativity and innovation, we were able to do that.” 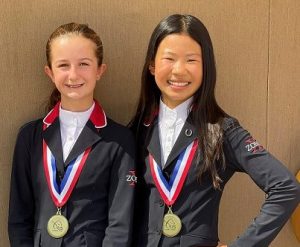 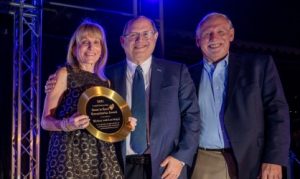