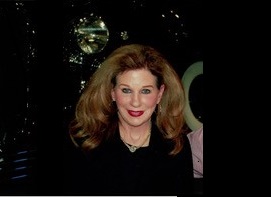 Judy was born at Methodist Hospital in Arcadia and grew up in San Gabriel. She met Ben Reiling at his father’s gas station in San Gabriel where her parents serviced their family car.

They met when Judy was 16 and Ben was 17 years old. Shortly thereafter, Judy headed off to USC and Ben to the Navy. They reunited upon their return, and soon they were married in Pasadena at the Westminster Presbyterian Church on Aug. 10, 1965. In 1972, they had Carolee and in 1975, Michael. Judy was a school teacher with LAUSD and Ben was a real estate broker. As the children came along, Judy retired to become a stay at home mom. The Reilings had three residences: first on Yorkshire in Chapman Woods of Pasadena, then their first house on Lombardy and ultimately their beautiful estate also on Lombardy where they resided for almost 40 years.

Judy was very active in the Pasadena Guild of Children’s Hospital and the National Charity League. She loved shopping in Beverly Hills and greatly enjoyed her monthly girls’ luncheons at Julienne’s in San Marino. For all who knew Judy, she was a strong-willed fighter.

She suffered multiple incidences of cancer, but always presented with her big smile and warm personality. Judy touched the lives of many and is greatly missed by her family and friends. We expect she has reunited with Ben in Heaven and will begin another new era together.