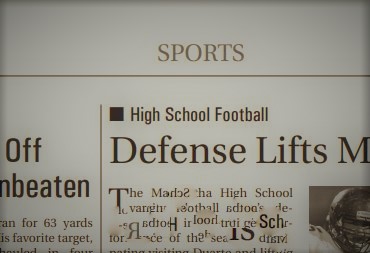 The La Salle College Preparatory varsity football team suffered its fifth consecutive loss of the season, falling to host Long Beach St. Anthony, 35-21, in a Del Rey League contest last Friday.
The Lancers (0-5 overall, 0-1 in league) stood toe-to-toe with the Saints with both teams tied 7-7 at the half, but the home squad came out and scored 28 points in the final two quarters to clinch the win.

Richie Munoz led the Lancer offense by completing 20 of 40 passes for 237 yards, two touchdowns and one interception and running for 45 yards.
Senior Angelo Godoy rushed for 21 yards and a score, and sophomore Mauricio Pavon led all receivers with eight catches for 89 yards. Sean Munoz finished with four receptions for 45 yards and a score, David Mysza hauled in four passes for 58 yards, Will Clougherty had two catches for 26 yards and senior Matthew Gamble contributed two receptions for nine yards and a touchdown.
On defense, John Alvarez recorded a team-high 12 tackles and Pavon intercepted a pass. Thomas Gomez and Gamble each contributed seven tackles, and Andrew Boecking, Rashaad Austin and Kyle Lima finished with six tackles each.

POLYTECHNIC
The Panthers improved 3-2 on the season by defeating San Marino, 27-19, in their first Rio Hondo League game last Friday.
Poly trailed 13-7 at the half and went on to score three touchdowns in the second half to build a 27-13 lead in the final quarter.
Quarterback Colin Mathews threw touchdown passes to Alex Xie and Jason Mayo, who also ran for two scores and a two-point conversion.

FLINTRIDGE PREP
The Wolves bounced back from a big loss with a lopsided 41-0 victory over visiting Cornerstone Christian Wildomar in a nonleague eight-man football game last Saturday.
Flintridge Prep rebounded nicely from its road loss against Ojai Thacher and improved to 3-1 on the season. The Wolves are ranked No. 7 in CIF Southern Section Division 1 eight-man.