Members of Cancer Support Community Pasadena’s Volunteer Guild recently gathered to celebrate the group’s dedication to CSCP. “Our volunteers stood by CSCP over the past 15 months of this pandemic,” said Kim Ferreira, the organization’s director of events and marketing. “They worked hard to organize two successful virtual galas in 2020 and 2021, among other events, to ensure that we would have the funds necessary to support our programs for families facing cancer.” The guild is also planning for CSCP’s popular fall fundraiser, Ladies Night Out, to be held in-person on Oct. 7.

The St. Francis High School lacrosse team capped off a marvelous season by winning the CIF-Southern Section Division 2 championship by defeating Culver City, 15-8. The Golden Knights concluded the season with an 15-6 overall record, which included playoff victories over Santa Monica by a score of 14-4 in the first round, Saugus (15-2) in the quarterfinals, and San Marcos High of Santa Barbara (18-9 score) in the semifinals. They concluded the season ranked No. 6 in the MaxPreps state poll and No. 140 in the nation by MaxPreps. In the championship game, St. Francis and Culver City were tied 6-6 early in the second quarter before the Golden Knights went on a scoring binge. SFHS scored nine of the game’s final 11 goals to clinch its first CIF crown since the program was launched nine years ago. Last year, St. Francis boasted a 7-0 record and was among the divisional favorites before the worked so that when they got the opportunity, they would rise to the occasion. St. Francis had a plethora of key contributors, including midfielders JD Frey and Sean Douglas. Junior Jojo Ferguson dominated from the faceoff position, which often led to a significant advantage in possession time for the Golden Knights. Dylan Bell and Nick Gallo also shined at the midfield while talented All-Mission League sophomore midfielder Cole Jackson led the team in goals. The defense was anchored by Mission League defensive player of the year Matt Doerfler and all-league second team honoree Myles Shannon. Tyler Nussbaum, Brandon Eshom and Landon Segal made significant contributions to the defense. Junior Josh Jewell, who led the team in points, was among the Golden Knights’ offensive catalysts. Sophomore Andrew Geisler and Henry Boldes made big plays throughout the season. The Golden Knights also benefitted from stellar performances by goalie Jarrett Smith, who shined during the playoffs. Senior captains Michael Lund and Connor Macho suffered season-ending injuries but their leadership qualities contributed to the title. “Even with all the incredible talent on the team, the brilliance of it was that each player was able to carry their responsibilities so well and execute game plans that they didn’t need to ask one player to do more than what they had intended,” said Bowers, whose team entered the playoffs as the Mission League’s third seed. (Loyola High of Los Angeles won the league title and CIF-SS Division 1 crown.) “It made it hard for the opposing teams throughout the playoffs to successfully scout us as it’s difficult to pinpoint who the best player was game to game. “Brotherhood is the St. Francis way and I’m so proud that the boys were able to win using the ethos of the school,” Bowers added. 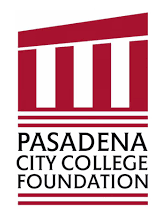 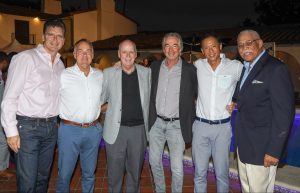 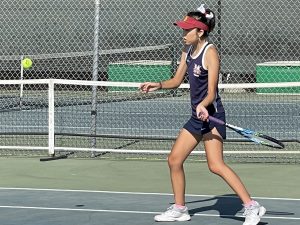