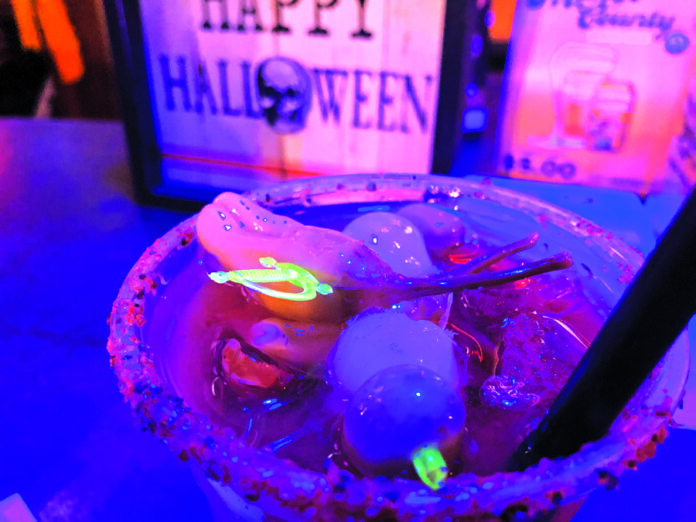 I hail from a family of beavers, the direct descendants of Ulster Protestants. We work hard (seven days a week); we play hard (eight days a week). On average, the men live to be only about 26 but, man, do we live. We salt our bacon and candy-corn our martinis. We drink wine straight from the pumpkin.
Not surprisingly, we love Jethro Tull and road trips and the way the sunlight frosts the treetops in late October, turning them into our old Uncle Seamus.
So it’s appropriate that we also love Oregon.
Smartacus and I visited Oregon over the weekend, just a quick stop to ruddy our cheeks and take in a game, in possibly the best college football environment in all of America.
Oregon. You don’t say it, you sing it. Some places are like that. Santiago. Walla Walla. They lend themselves to song. In this care, Orrrrrrregon. In the key of C, if you know it.
Smartacus may return to the University of Oregon for school next year, he may not. But we’ll always have a soft spot for this magnificent land of trees and dairies and Nike profits.
This trip, our base of operations — our Vatican — is the World’s Worst Sports Bar, right on the edge of campus and convenient to the stadium. Say what you want about hardscaped, frazzled L.A., at least there is a level of efficiency that you may not appreciate till you sample someplace else.
I’ll remember — vividly and forever — standing in the motel lobby late Friday night, the incoming guests stirring with revolt because their rooms still weren’t ready at 9 p.m. due to housekeeping shortages.
Yet, good people, right? No judgments. I mean, who am I to criticize anyone?
Now, we’re in the World’s Worst Sports Bar, waiting 90 minutes for our pre-game eggs.
As you know, some situations are so bad that they cross an equatorial Line of Ridiculousness, separating reality from madness. So it is with the World’s Worst Sports Bar, which runs out of Bloody Mary mix at 9 a.m., four hours before kickoff.
There ought a be a law ….
It speaks to the conviviality of people in general, and sports bars in particular, that no one lashes out. There is no screaming over the lousy service. As with the motel, you shake your head and wonder: “Who’s in charge here? Where’d they hide the adults?”
Smartacus and I chuckle over it all — what else do compassionate people do — make a scene? Well … I keep bringing up Bittner, and how he would’ve been appalled. Bittner is a banker who runs a restaurant on the side, where he watches over the servers like a hawk. Food gets promptly to tables, no one waits for a refill.
Perhaps that’s an L.A. thing.
Eventually, though, we get our breakfasts and take the long, splendid walk over the Willamette River to the stadium.
As you know, tailgates are the province of big, boastful men with nothing much to say, which is probably why I like them.
Smartacus finds a good tailgate with a bunch of his buddies — kind of primitive, with a big, beery crowd full of proud and happy parents. Then into the stadium we go.
As you may know, Oregon has a great stadium… almost perfect. Too many stadiums these days are like heavy-metal concerts, hard on the ears and eyes, almost punishment. Conversely, Autzen Stadium is a big party pillow — packed with fleece and rain gear on a damp and cool fall afternoon.
It rains during the game — of course it does. Hard to believe Oregon shares a border with California.
Two places really — totally distinct. Two places I mostly kind of adore.
By the way, it is homecoming weekend here at the University of Trees. Love that word: Homecoming. It’s the season for such things. For Smartacus, this trip is like coming home.
Meanwhile, the Class of ’77 at Glendale High also had its homecoming, at Damon’s, the other night. Were I not up here in Oregon, I would’ve crashed it, basking in the stories and glories of the ’70s, the last decade America had any fun.
Point of order I: That’s apparently my life now, crashing homecomings.
Point of order II: If you can dance to Jethro Tull, you can dance to anything.
Point of order II: Yeah, I love homecomings. I love Oregon, for all its quirks, tiny inefficiencies, its raging rivers and enchanted forests. The way the late afternoon sun blows up these glorious maples, as if lighting their wicks.
If you live right, anywhere is home.
Email the columnist at Letters@ChrisErskineLA.com. For past columns, books and the handsomest gin glasses ever, please go to ChrisErskineLA.com.

Westridge’s Summer Opportunities Fair is ‘Back in Person’ on Feb. 4