First published in the Aug. 11 print issue of the Pasadena Outlook.

Seven new members were recently elected to the Pasadena Educatonal Foundation’s board of directors: Karen Burgess, Karina Montilla Edmonds, Carina Jacob, Richard Kidd, Steven Miller, Mabell Garcia Paine and Patrick Zarifian.
The election was held at the April 19 board of directors meeting via Zoom and new board members officially began their tenure at the June 29, annual board meeting.
“The Pasadena Educational Foundation is excited to add seven outstanding individuals with diverse skills and backgrounds to our board of directors,” said PEF Board President Luisa Rengifo. “Their expertise, energy, strength, and professional experiences will be great assets to our leadership in supporting public education. We are honored Burgess, Montilla Edmonds, Jacob, Kidd, Miller, Garcia Paine and Zarifian have selected to serve on the PEF board, and we look forward to their contributions.”
PEF is led by a diverse group of volunteer board members who are deeply rooted in our community, committed to the mission of the organization, and passionate about public education and our Pasadena Unified schools. Board members are business and civic leaders, educators, parents, and professionals who collectively work toward PEF’s mission to achieve excellence and equity for all our PUSD schools.

Karen Burgess
Program Management Executive, Retired
Burgess was born and raised in Pasadena, and she is a proud PUSD alumna — having attended Allendale, Jackson, McKinley and John Muir. She went on to earn a bachelor’s degree in psychology and German, a master’s in communications, and is a recent graduate of the 2022 Leadership Pasadena program. Most recently, she spent 20 years leading Business Solutions for the Walt Disney Company’s Brand Management team. Karen was an active PUSD parent volunteer and has been a long-time supporter of PEF along with her husband, Tim. 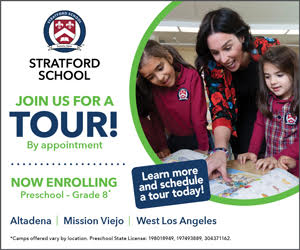 Rick Kidd
Marriage and Family Therapist, Retired
Kidd, a second generation Pasadenan, graduated from Pasadena High School in 1964. The only time Kidd lived elsewhere was during his four-year enlistment in the U.S. Air Force. Upon discharge, he returned to finish his associate’s degree at Pasadena City College and a bachelor’s in political science from Cal State L.A. Kidd also earned his master’s in marriage and family therapy, and then established a local private counseling practice where he served individuals, couples and families for nearly 30 years. He has been active in social justice movements and participated in outreach projects to identify problems and solutions impacting the city. Kidd served on the boards of the Sierra Madre Community Nursery School and Hathaway-Sycamores and he recently retired from the board of Bartimaeus Cooperative Ministries, of which he was a founding member.

Steven Miller
Chief Human Resources Officer, PUSD
Miller began his career more than 34 years ago in the Los Angeles Unified School District as a teacher of mathematics. He later moved to the Antelope Valley where he was a teacher, dean of students and assistant principal for the Antelope Valley Union High School District. Miller came to PUSD in 2002 as the principal of Marshall Fundamental Secondary School, where he remained for six years and often shares that these were the most rewarding years of his career. Miller later served as the director of human resources for PUSD until he left for Lawndale Elementary School District, where he served as an assistant superintendent and later the deputy superintendent, human resources. Miller returned to PUSD in 2018 as the chief human resources officer and has lived in Altadena for 12 years.

Mabell Garcia Paine
President of Viridis Consulting
Garcia Paine is the president of Viridis Consulting, a Pasadena-based clean energy consultancy certified as a Minority Woman-Owned and Small Business firm. Her expertise is in program design and customer engagement for energy efficiency, demand response and decarbonization efforts. Through Viridis, Garcia Paine and her team’s mission is to create innovative new ways for all people to live and work in a cleaner, greener world. She is a native Angeleno raised in the Pico-Union neighborhood and has lived in Pasadena for more than 20 years. She has served on the board of Heritage Housing Partners and as a chairwoman of two Huntington Hospital SCRUBS fundraising efforts. She received a bachelor’s in liberal studies from Cal State Northridge and a master’s in entrepreneurship and innovation from the USC.